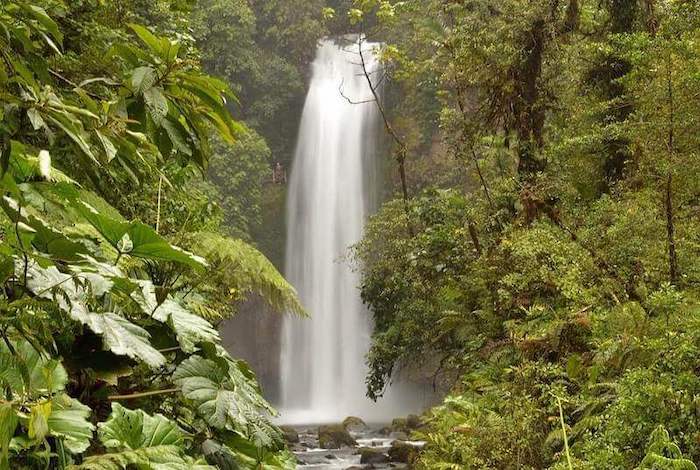 Central America is becoming a popular location for unique vacations. Its natural location gives it a ton of diversity in landscape, wildlife, beaches, culture, food, and adventures.

The thin strip is made up of seven countries, rests between North and South America, and is surrounded by the Atlantic and Pacific Oceans. Every traveler with a large passion for adventure will bear witness to how Central America has proven to be an unbeatable travel destination compared to other parts of the continent.

→ Incredible Architecture. The mysterious Mayan ruins are priceless and should be a reason, if not the reason, to visit Central America. These sites stand out and rival ancient ruins all over the globe!

→ Desert islands. Precisely, there exist hundreds, if not thousands of white sand islands with San Blas Islands in Panama boasting over 365 such islands alone. Enjoy the warm tropical weather sunbathing along the beaches or spend some time with the indigenous Kuna tribes who live on most of the islands.

→ Fascinating colonial cities. The Colonial Towns of Central America are gems that will make you come back for more. The beguiling attractions are unmatched by the tumultuous history of the revolutionary era. The photos of rifle-toting youths, numerous historic churches, and museums give you a panoramic view of the cities during the civil wars.

→ Biodiversity. Central America is a powerhouse of biodiversity accounting for up to 7% of the world’s rarest bird species, the endangered leatherback sea turtle, and Panama’s Bastimentos Island which is an ecological and cultural treasure on the Caribbean coast. The island is abundant with pristine beaches, coral reefs, rare animal and plant species, tropical forests, and indigenous communities.

→ Diverse foods. The eats in Central America deserve a thumbs up. Primarily comprises rice and beans, Pupusas, tortillas, potatoes, fried meat, seafood, and coconut milk/based soup. There are sufficient options that blend well with the staple meal including western influences but, the local cuisine is excellent for those on a tight budget.

→ Cultural diversity. Explore the fascinating culture of over 25 local tribes who are very hospitable from Nicaragua to Belize. They carry the name of their artwork and the contagious dances and rhythms. Visit the Garifuna community for a truly unforgettable experience!

→ The surprising modern cities. The bustling cosmopolitan lifestyle in the Central American cities offers anything a modern tourist could dream of. They’re the hubs for trendy nightclubs, shopping malls, and restaurants and the epic parties available, especially during the festive season.

→ Erupting with Adventure. If you’re a fan of adventure, then you would never miss the Volcanoes in Central America. For those who love hiking, there are bunches of hike arrangements ranging from camping on active volcanoes to volcanic lagoons. You can also go overboard and try the epitome of volcano boarding.

→ Flexible Budget. The region has provisions for persons with varying economic classes. Be it accommodations, food, or tours, the area offers various options from cheap to five-star services and so much in between.

→ Surfing and Diving. Central America offers the best hard-to-access surf and diving resorts. The first-class dive sites such as Blue Hole in Belize second and surf spots in Playa Colorado, Nicaragua are excellent reasons why you divers must add Central America to your travel bucket list. If you would like to learn how to dive, Central America has the best and cheapest places to learn and obtain the PADI certification.

→ Coral Reefs. The Belize Barrier Reef is the second largest in the world stretching 190 miles from Honduras to Cancun. It’s an epic diving scene famous all over the globe with numerous smaller sites spread throughout the islands.

→ Robust Coffee Brews. With coffee growing being an old economic activity in Guatemala, Costa Rica, and El Salvador, you’ll appreciate visits to the coffee farms and take a cup or two of the robustly brewed coffee by the locals.

→ Breathtaking cathedrals and churches. The local traditional culture has been integrated into the Catholic symbolism, and the outcome is one of its kind. For instance, your stay in Guatemala could be incomplete without a visit to the Church of San Andres Xecul. It’s an accurate representation of cultural iconography and mystery.

→ Pacific Beaches. The increasing popularity of beaches in Central America’s Pacific can’t be overlooked. On the coast of Costa Rica, white sand beaches are the epitome of the Pacific rugged glory where you enjoy the sleepy seaside towns and the majestic sunsets.

→ The Weather. This location experiences the most incredible tropical weather all through the four seasons. This weather is favorable for outdoor fun activities regardless of the rainy seasons. For more information check AccuWeather.

Central America is home to the best biodiversity on the planet, the happiest inhabitants in the world, and the living Mayan culture that is thousands of years old. From hidden temples to cloud-covered volcanic summits, colonial towns to the barrier reef, Central America is loaded with natural treasures and ancient cultures.