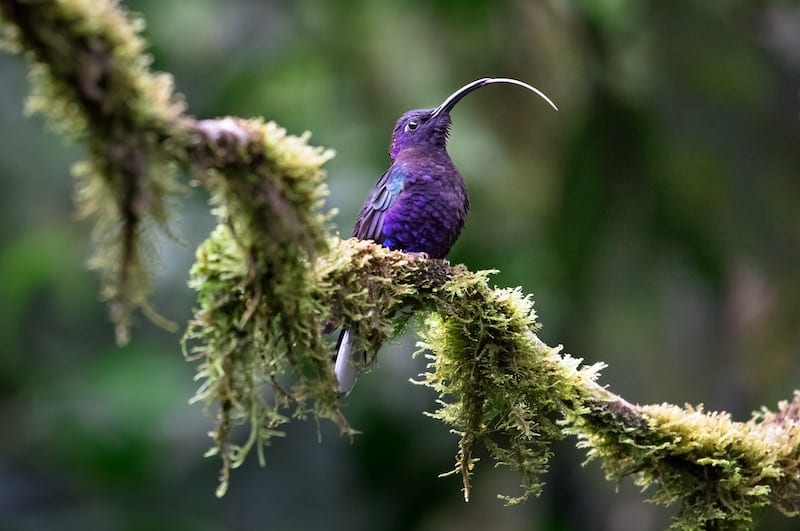 This country is ideally for birders as it is known for its beautiful flora and fauna. This nine day program offers birders a great opportunity to discover the best places for spotting and scouting birds. You will go to mountains, rivers and the Arenal area. You will also go on a hike in Nature Reserves.

Hill of the ‘death’

Day 1. Arrival to Costa Rica.
Today you will have a meet & greet at the international airport of San José. Afterwards you will have private transportation to the Central Valley area, approximately half an hour away from the airport, where you can check in at your hotel. Most residents of Costa Rica live in the Central Valley area where there is a mild and dry climate all year round.

Day 2. Bird-watching.
After breakfast you will meet your bird expert and drive to the hill of the ‘Death’ area. On clear days you will be able to look out across the jungle and see the Pacific Ocean in the background. Wildlife is rarely seen, however, there are many birds to spot such as emerald toucanets, quetzals and bellbirds. Lunch and dinner are included.

Day 3. National Park.
Costa Rica has many national parks. The ‘Quetzales’ National Park is one that has been recently added to the list of national parks. Early after breakfast you will go to this National Park. Today you will have the opportunity of spotting the bird you must see when visiting Costa Rica. Wildlife such as sloths and coyotes have also been spotted by visitors.  Afterwards you will return back to your hotel and you can go bird watching around the hotel. Lunch and dinner are included.

Day 4. Caribbean Sea.
After enjoying breakfast at the hotel you will go to the Caribbean area where you will stay for three nights. The drive takes approximately 3,5 hours. This area is known as a region with adrenaline recreation. Here, it is common to see a lot of exotic birds and groups of monkeys. Lunch and dinner are included.

Day 5. Full day hike.
You will be picked up after breakfast and go to the Organization for Tropical Studies ‘The Jungle” for a full day hike. This Organization is located in the Caribbean foothills of Costa Rica. With its great variety of more than 1850 species of plants, 448 species of birds, 350 species of trees, around 500 species of ants, laboratories and databases, it is also one of the most important sites for scientists to study the ecosystem. You will return to the hotel for lunch and then go back to the Organization. Afterwards you will have dinner.

Day 6. Braulio Carrillo Park.
After breakfast you will go to ‘Braulio Carrillo’ National Park and explore the park. This park is known for having 6000 species of plants and 500 species of birds such as toucans and eagles. In the afternoon you will visit the La ‘Tirimbina’ Reserve. At the reserve you will learn more about the flora and fauna of Costa Rica. Lunch and dinner are included.

Day 7. La Fortuna.
After breakfast you will go to the Arenal Area. The Arenal volcano woke up 400 years ago and has been active since. The drive to the Arenal area is approximately 4,5 hours. The rest of the day you can relax at the hotel. Lunch and dinner are included.

Day 8. Volcano Arenal.
After enjoying an early breakfast you will go to ‘black spout’. This area is considered the best place on the continent for birdwatching. It is also the habitat of the Jabirus, the largest bird of Central America and extremely endangered. You can also spot howlers, spiders, caimans, turtles, different kinds of monkeys, and maybe even the ‘Jesus Lizard’. The lizard got its name as it has the ability to run on the surface of water. Lunch and dinner are included.