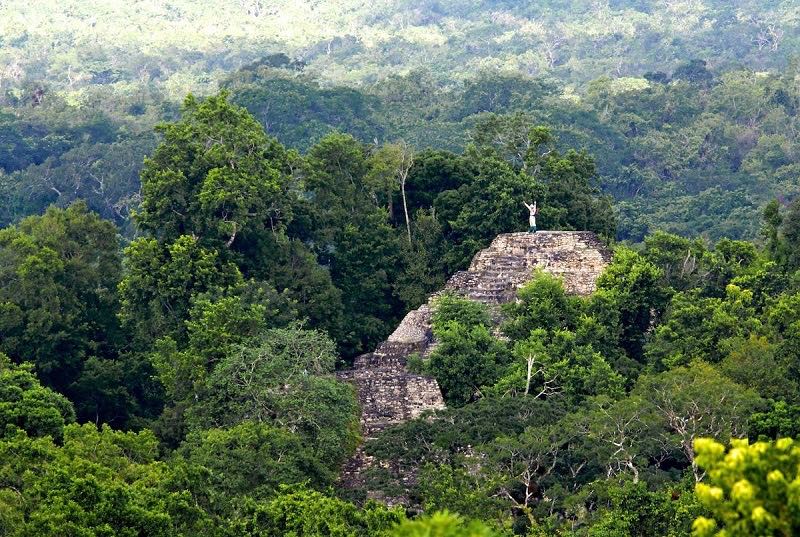 12 days in Guatemala and Honduras

The north is where the most significant number and concentration of archaeological sites of this civilization are and where archeologists can establish the evolution of Mayan constructions. In addition to this impressive historical heritage, there are still direct Mayan descendants living in Guatemala.

Temple of the Jaguar, Tikal

Xunantunich ruins are the ones with the most archeological relevance in Belize. The ruins are in the middle of the lush forest; the site accommodates one of the tallest Mayan temples in the country. The Castle was constructed on an imposing hilltop overlooking a river. Additionally, the constructions found here are the most complex and intricate of those found elsewhere in the country. Duration: one day.

A vast wilderness of seasonally flooded jungle cut through by slow-moving rivers, this massive park in the northwest corner of Guatemala models the most extensive protected wetlands area in Central America. For most, this kind of deep rainforest, middle-of-nowhere contact is Guatemala at its best. Birders, nature lovers, and those travelers looking to bask in the simple things will love it here. Duration: two days.

Go on a kayak excursion and visit adjacent villages and small waterfalls over the jungle. This spot inside the jungle is fabulous. Going there by kayak is likewise fascinating, and you can discover a stunning river and a few villages. Only a few travelers go to this hidden section of the river, and it is a unique experience. Duration: half day.

One of Guatemala’s most beautiful boat excursions is a trip from Rio Dulce to Livingston. The excursion takes you through a protected area with an unbelievable number of exotic birds, mangroves, canyons, and pelicans, in the Caribbean. In Livingston, you will discover quite a distinct side of Guatemala. This town is remote with a fascinating blend of cultures; the Mayans live here along with the Garifunas. Duration: one day.